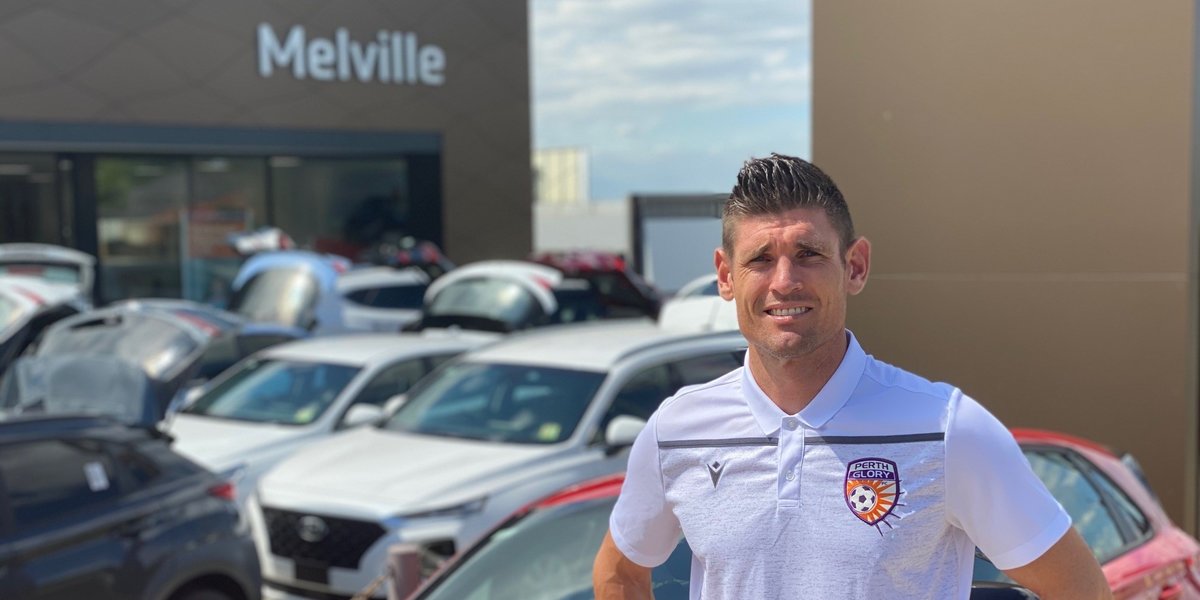 Melville Hyundai is delighted to announce that star goalkeeper Liam Reddy has agreed to be our brand ambassador.

Liam is a professional soccer player with Perth Glory, the Perth-based team that competes in Australia’s premier competition, the A-League.

He played in the A-League’s inaugural season in 2005, initially as a member of the Newcastle Jets before later moving to Brisbane Roar. He has also played for the New Zealand team Wellington Phoenix, Sydney FC, Sydney United, Central Coast Mariners and Western Sydney Wanderers. He has been with Perth Glory since 2016.

“Liam Reddy is an exceptional soccer player with star appeal and we’re looking forward to having him represent our dealership,” said Dealer Principal Karl Devirgilio.

New Car Sales Manager Zlatko Sijecic added: “It’s great to have Liam on board. He’s happy to work with us on community initiatives including special coaching clinics for juniors, fundraising charity events and other projects.”

Liam said: “I’m excited to work with Melville Hyundai as their new brand ambassador and look forward to working with the team as well as the local community.”

Watch our website and social media accounts for details of events we will be running with Liam.